I did not read a lot in the first half of this year, for various reasons including an apartment move.  I don’t have a terribly busy life,  but I do work full-time and am involved in various church activities, including choir.   Also, being an avid movie-watcher, I often opted for my latest Netflix arrival rather than read in my free time.  I had simply fallen out of the habit of reading regularly.

July saw a return to form, but prior to July (and not including January’s books which I reviewed earlier), this is what I read:

I am a big fan of Patricia Briggs’ Mercy Thompson series, so naturally, I was interested in this spin-off werewolf series.  Apparently, Charles and Anna’s story begins in a compilation called On the Prowl which I hadn’t read.  So I missed seeing how exactly it went down when Anna was rescued from an abusive pack.  However, the prequel is not necessary for understanding Cry Wolf.

Anna is an Omega wolf which means she has a unique position in the werewolf pack.  She has the ability to calm other wolves in the pack: settle anger, relieve pain.  Charles is the muscle behind the lead wolf – the Marrok’s – leadership of the North American werewolves (Charles is also the Marrok’s son).  The book concerns the fraught romance between Anna and Charles as well as how they must save Charles’ father and the pack from an old, dangerously magic enemy.

I liked the romantic aspect of the story all right and I’m intrigued by Anna’s abilities, but had some problems with the convoluted story about the enemy and its powers, and how easily this enemy gained the upper hand over the Marrok and the pack.  I’m still interested enough in the characters that I will read the next in the series (and go seek out that prequel) but the Mercy Thompson series is definitely the superior series. 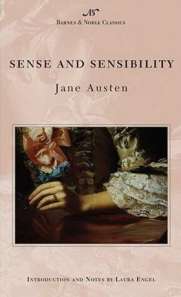 Sense and Sensibility by Jane Austen

Of Jane Austen’s novels, Sense and Sensibility was only one I hadn’t read, until this year.  Austen’s writing is superb as ever, especially in capturing Marianne, the younger of the two sisters portrayed in the novel.  In her quick bond with Willoughby over shared tastes in literature and art and in her expressiveness, there is something timeless.

Story-wise, I was not as enamored with Sense and Sensibility as I am with some of the other Austen novels.  These are not the most charismatic characters of Austen’s creation and I thought it dragged a bit when the sisters are in London.

And so, my favorite Austen novels remain Emma and Pride and Prejudice. 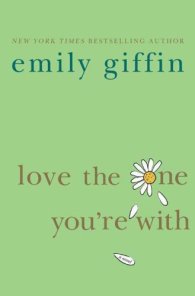 Love the One You’re With by Emily Giffin

I liked Giffin’s Something Borrowed, and the plot for Love the One You’re With sounded intriguing: Ellen, a happily married woman runs into an old boyfriend and it stirs up all sorts of questions about her life choices.

I enjoyed the story at first, especially the flashback scene where Andy (Ellen’s current husband) first asks Ellen out on a date.  That scene had a very organic, real feel to it.

However, at some indeterminate point, I lost interest and reading on felt like a chore.  I can’t pinpoint why exactly, but it may have been that once I knew Andy and once I knew the old boyfriend, Leo, I wasn’t that interested in Ellen’s journey.  I just wanted to see if she stayed with Andy.  Maybe that makes me a bad reader, but I just skipped ahead to the end to find out and after doing so, I acknowledged to myself that I was just not feeling it and quit the book. 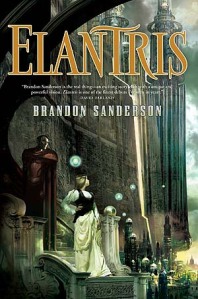 One of my housemates told me I had to read this book, along with Sanderson’s other books and let me borrow them.  This was the only one I managed to read before I moved to another apartment.

Elantris used to be the city of the gods, immortals with fantastic powers.  Then the gods were struck with a mysterious disfiguring, debilitating illness.  In the years following, random citizens of the surrounding towns would be struck down with this same illness and cast into the ruins of the great city.  They cannot die but their pain never goes away.

There are three main plot threads to the novel.  In the first, the prince of the land, Raoden, is struck by the illness and quietly removed to the city.  On his arrival, he finds a place of misery ruled by vicious gangs and he determines to find a better way for them.

In the meantime, Sarene, a princess from another land who was betrothed to Raoden, arrives only to be told that Raoden is dead and so she is an immediate widow.  She decides to stay on in the country and begins to seek out allies to root out the corruption that she finds.

Meanwhile, Hrathen, a priest of sorts, comes in from a bordering country to convert as many as he can to the religion of the border country.  He is told that if they do not convert, all of them will be wiped out as infidels.

I liked all three plot-threads, this combination of religion, politics, intrigue, and fight for survival.  Sanderson’s design of the different cultures was imaginative and cool.  I liked seeing each of the three characters lives intersect until finally they are brought together in the final conflict.  Elantris is a solid fantasy novel.

Filed under Year in Review