One of my favorite aspects of this time of year is breaking out my Christmas CD’s.   Thanksgiving to New Year’s Day is open season.  Outside of that time, I do not play Christmas music, except if I need to practice for an upcoming Christmas church service performance.

I first started collecting Christmas CD’s in college.  I think the first two were Point of Grace’s album, A Christmas Story and The Nutcracker Suite.  Since then, I’ve acquired at least one new album every year.

My taste in Christmas music runs to carols and classics, and fairly traditional versions of those.  I am open to new and different musical interpretations of traditional holiday songs, but there have been some really, really awful results, so I have to be careful.

I just tried to create a list of my favorite Christmas songs, but soon realized how long a list that would be.  I’ll just throw out a few: “Have Yourself a Merry Little Christmas”, “O Come O Come Emmanuel” “Coventry Carol” “Carol of the Bells” “Sleigh Ride” “The Christmas Song (Chestnuts Roasting on an Open Fire)”.

My list of Christmas songs that I don’t like is shorter – inane pop songs like “Last Christmas,” and most songs with Santa in the title.  It’s not a principle thing with the Santa songs, but they tend not to be that good.  “Santa Claus is Coming to Town”, “Santa Baby,” “Here Comes Santa Claus,” “I Saw Mommy Kissing Santa Claus” . . . I’ll go as far as tolerating them, but I don’t enjoy them.

More to the point, however, here are my favorite Christmas albums from my collection:

1. Point of Grace – A Christmas Story 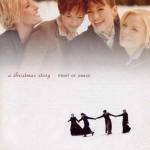 I thought I should start off with one of my first Christmas CD’s.  If you haven’t hear of them, Point of Grace is a contemporary Christian music group made up of four women.  Their blend of voices works perfectly for Christmas songs.  I like their medleys of “Let it Snow/Sleigh Ride” and “Carol of the Bells / What Child is This.”  Their original songs slide in smoothly with the carols for the most part.

This is an album of ethereal, almost other-worldly beauty and a favorite of my family’s when we all get together.

Here is a youtube video of their gorgeous version of “Silent Night”: 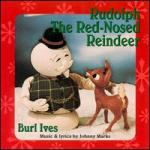 I don’t feel compelled to watch Rudolph the Red-Nosed Reindeer every Christmas, but I really love listening to the music.  When I was little, I was especially taken with the song “There’s Always Tomorrow” which Rudolph’s little reindeer girlfriend sings to him.  This is definitely a nostalgia-packed CD for me.

4.  Cherish the Ladies – On Christmas Night

Truth be told, this might be my #1 Christmas album.  It’s a tremendously appealing mix of sung carols and Irish reels and jigs.

Here’s a video with samplings from the album:

5. Over the Rhine – Snow Angels 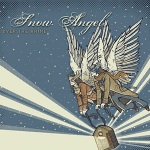 In a departure from my usual Christmas music fare, this album is comprised mostly of original music by husband/wife Linford Detweiler and Karin Bergquist.  The songs are soulful and a bit melancholy.  My roommate calls this a coffeehouse Christmas album.

Karin Bergquist’s voice is so low, lovely and creative.  My favorite song is probably “White Horse” but I also dearly like “All I Ever Get For Christmas is Blue” and “Darlin'”.

A couple of other good albums from my collection deserving of mention:

David Benoit – Remembering Christmas: The influence of this jazz pianist’s close association with Vince Guaraldi’s Charlie Brown is clear on this instrumental album.

The following video is not from the Christmas album, but it gives an idea of the style: