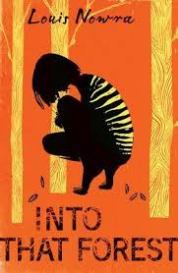 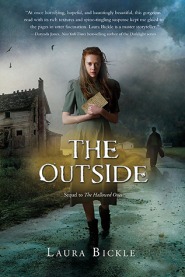 I think the common denominator for the books to be reviewed in this post is that most of them were quick reads. Otherwise, they run the gamut of settings and genre.

Laura Bickle’s apocalyptic duology, The Hallowed Ones and The Outside, are set in an Amish village. The main character, Katie, is on the verge of a much-anticipated Rumspringa, when the world’s population starts turning into vampiric zombies. Her Amish community is a tenuous hold-out. Katie’s worldview is tossed upside-down and she finds herself at cross-purposes with most of the elders in her desire to understand the threat and help others. In particular, she wants to help two non-Amish people who have taken refuge in the community.

These two books might possibly be the books I’ve read the fastest this year. I found them incredibly suspenseful. I’m sure there’s stuff to nitpick, but I found myself willing to go along with the majority of Bickle’s worldbuilding. I really appreciated the fact that these books engaged with religion and faith in an interesting way. Unless a book is explicitly Christian fiction, it seems rare to find fiction – especially genre fiction – where main characters are people of faith.  I think some readers took issue with the way Katie’s worldview changed – she held to some principles but gave up on others, but it seemed very human to me. [Recommendation from Reading Rambo].

Vying for the spot of this year’s fastest read is Zen Cho’s novella The Perilous Life of Jade Yeo. Effortlessly light and funny, this story is told as a series of journal entries by a young, independent Malaysian-Chinese woman living in 1920’s London. She is invited into a Bloomsbury literary circle after writing a scathing review of an author’s book and is soon pursued by that same author. Things get complicated from there. Jade’s narration of her own life is delightful.

Soon after that, I also read Zen Cho’s fantasy novel Sorcerer to the Crown. Online summaries remind me this novel is set in Britain’s Regency Era (the best my memory could come up with was “olden time England that is not Victorian but close”). Zacharias Wythe has recently become Britain’s Royal Sorcerer, after the death of his adoptive father, who was the previous Sorcerer. His ascent to this position is not well received by the rest of the magicians, mostly due to the fact that Zacharias is black and a former slave. As the politics get more dangerous, he makes a stop at a school outside London where young women are taught to restrain their magical abilities. It is there that he meets Prunella Gentleman, a young woman with extraordinary magical powers and a magical inheritance from her Indian mother. She finagles a ride back to London in an effort to better her station. Assassination attempts, supernatural visits, secret societies, and magical demonstrations ensue.

I can’t recall all the details of the complex plot – and it was complex. I remember that some parts were a little slow, and that it got a rather silly and confusing for my tastes at the climactic scene. Overall, though, I enjoyed it and what Zen Cho was doing through her story. I especially appreciated the inclusion of Zacharias’ mixed feelings toward his adoptive white father, who gave Zacharias freedom but also took Zacharias away from his living enslaved mother. For all that the book had its funny touches, it doesn’t shy away from sticky moral questions.

Into That Forest by Louis Nowra is set in 19th century Tasmania. When a terrible boat accident leaves six-year-old Hannah and her friend Becky stranded and alone in the wilderness, they are adopted by a pair of Tasmanian tigers. Hannah quickly takes to animal behavior to survive, while Becky is more reluctant to surrender to it. The story is told as the reminisces of an elderly Hannah. It’s an odd read. I liked the unusual setting and certain moments were evocative. However, I kept feeling like the story should have been more interesting to read than it was. I don’t know if it was the writing, or the straight-forward tragedy of it all that left me a little disappointed. That cover is amazing though. [Recommendation from Farm Lane Books].

Another underwhelming read for me was Drinking Coffee Elsewhere, a collection of short stories by Z Z Packer. This was a book club read. Leslie was also underwhelmed but Teresa really liked it. As Teresa says in her review, these are dark stories. In these stories, the characters are often in a new place, usually hoping it will be better than where they left, but ultimately finding they cannot seem to belong anywhere. It’s pretty bleak, and that may explain some of my disengagement. It’s hard to pinpoint the reasons why, but with the exception of a couple of stories, I wasn’t really drawn in. The two stories I did like were the first one, “Brownies”, and also “The Ant of the Self.”

In the meantime, I can’t explain exactly why I enjoyed Kevin Kwan’s Crazy Rich Asians. I know there was a plot in there, but the book is mostly wall-to-wall descriptions of extremely wealthy people’s possessions and lifestyles. The clothes, the houses, the snobbery are all sumptuously detailed. And the descriptions of the food are enough to make you want to travel to Singapore just to eat. It’s a reading-as-gawking sort of experience and surprisingly a lot of fun.