A Trio of Classic Reads: Mini-reviews

Three Men in a Boat by Jerome K. Jerome

Recommended from things mean a lot

Jerome’s 1889 tale of three men who take a boat trip down the Thames is delightfully funny and accessible. I think Jerome’s book is technically classified as fiction, but based on real people and real boating trips. (Apparently the dog, Montmorency, is completely fictional.) I decided to augment my reading experience by following along their trip using Google maps, and looking up pictures of landmarks and hotels and pubs online as well. There was something inexplicably satisfying about finding the named location from the book on the map. I also just learned that Oxford River Cruises offers skiffs for hire by advertising on their site “Live the Jerome K Jerome Classic Tale of Three Men in Boat“.

The Blue Castle is the only book of L. M. Montgomery’s where none of the story takes place on Prince Edward Island. (It’s set in Ontario). In this story, Valancy Stirling is an unmarried woman of 29, who lives unhappily with her horrid family. Feeling some unusual pains, she visits the doctor who diagnoses her with a terminal disease. This knowledge frees her from her submission to others’ judgments and she invents a whole new life for herself. There’s a great matter-of-fact marriage proposal that occurs half-way through the book, and I do envy the cozy island life Valancy chooses for herself. An enduring mental image I have in my head from this book is of Valancy happily snow-shoeing through the Canadian forest.

This is the fourth novel of the Chronicles of Barsetshire. While introducing a new set of characters, Framley Parsonage also carries forward characters from the third novel, Doctor Thorne, which I read last year and from the second novel, Barchester Towers, which I read several years ago and had more trouble recollecting the particulars. In any case, as with the rest of this series, I loved Trollope’s writing and his nuanced characterization. I thought the plotline about Mark Robarts’ debt scandal dragged on in places, but it was more than made up for with the return of the glorious Martha Dunstable, who had a supporting part in Doctor Thorne. There’s a great set piece in the middle of the novel when Miss Dunstable throws a party and two mortal enemies – The Duke of Omnium and Lady Lufton – are forced to acknowledge the other’s existence.

All three of these books are from my Classics Club challenge list, which I don’t think I stand a chance of finishing by September 2017, which was my goal, but I will still have pushed myself to prioritize reading more classic books than I otherwise might have done.

I have never participated in Top Ten Tuesday before, but something about today’s prompt called to me: “Top Ten Books We Enjoyed That Have Under 2000 Ratings On Goodreads (we’ve done underrated books a bunch of times in the past 6 years but thanks to Lenore at Celebrity Readers for suggesting this topic as a new way to talk about underrated books especially when underrated is subjective.)”

I took a page from River City Reading’s post on this topic, and limited myself to books that have under 1,000 ratings on Goodreads. 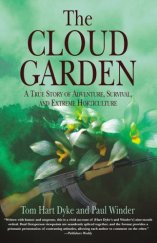 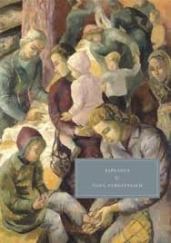 In 2000, Tom Hart Dyke (English horticulturalist and first cousin of actress Miranda Hart) and his travel companion Paul Winder were kidnapped by guerrillas in the Darien Gap (Panama/Colombia) and held for nine months. The manner in which they are freed is something you just can’t make up.

Set on a small Maine island in the 1930’s, Spoonhandle captures a disappearing way of life without glossing over the prejudice and sexism of that community. The novel is funny, romantic, warm and tragic. Born in 1903, Moore grew up on a Maine island herself, and her intimate knowledge bears fruit in her storytelling. Moore also spent twenty years away, living in New York City, California and Washington D.C. (including four years working for the NAACP) before returning to Maine island life with her lifelong companion Eleanor Mayo.

Intimate blends poetry, photographs, biography, imagined biography, memoir and essay. On one level, the book’s subject is the photographer Edward S. Curtis and his Apsaroke assistant and interpreter, Alexander Upshaw. Curtis famously photographed American Indians in the early 20th century, but only according to his ideas of authenticity: no contemporary clothes, no technology, no mixed-race children. Rekdal mulls her own mixed-race heritage alongside of Curtis’ legacy and Upshaw’s life.

4. The Goats by Brock Cole

This 1987 classic young adult book about a boy and a girl who run away from summer camp after being bullied is simply lovely. I have to guess that its age accounts for its low rating on Goodreads, because I thought it was a fairly well-known book in children’s literature.

5. Here is Your War by Ernie Pyle

Pyle was a World War II correspondent. This book is a collection of his writings from the North African front. He was killed on Ie Shima in 1945. From the book:

On the day of final peace, the last stroke of what we call the “Big Picture” will be drawn. I haven’t written anything about the “Big Picture,” because I don’t know anything about it. I only know what we see from our worm’s-eye view, and our segment of the picture consists only of tired and dirty soldiers who are alive and don’t want to die; of long darkened convoys in the middle of the night; of shocked silent men wandering back down the hill from battle; of chow lines and atabrine tablets and foxholes and burning tanks and Arabs holding up eggs and the rustle of high-flown shells; of jeeps and petrol dumps and smelly bedding rolls and C rations and cactus patches and blown bridges and dead mules and hospital tents and shirt collars greasy-black from months of wearing; and of laughter too, and anger and wine and lovely flowers and constant cussing. All these it is composed of; and of graves and graves and graves.

Peter Fleming (brother of Ian Fleming) penned this travel memoir about the time he joined an expedition to the Amazon to look for the famously disappeared Colonel Fawcett. Fleming is self-deprecatingly funny in this and it’s also a fascinating glimpse of that place and time in the 1930s.

Comic 1916 novel about a self-absorbed but hilarious seventeen year old girl named Bab who gets into a number of misadventures. There are some things about teenagers that never change.

A psychologically astute novel about children growing up during World War II in England.

9. Caught in the Act / Edge of Night by Jill Sorenson

Sorenson is a new romance author find for me. Caught in the Act and Edge of Night are romantic suspense novels that both take place in San Diego (where the author resides). Sorenson’s doesn’t shy away from illegal immigration, the drug trade, and gangs as part of the environment and plotlines of the characters, and letting it be messy and not easily resolved.

10. The Europa Suite (The Autumn Castle / Giants of the Frost / The Veil of Gold) by Kim Wilkins

The three novels that make up Australian author Kim Wilkins’ Europa Suite are standalone fantasy novels where characters from the modern world interact with the world of mythology and folktales. The Autumn Castle draws from German fairy tales; Giants of the Frost takes its cues from Norse mythology; The Veil of Gold pulls in Russian folk tales. There’s horror and romance influences in each book. The Veil of Gold may be the best one, though The Autumn Castle is a close runner-up in my eyes.