Goodbye 2016: A Look Back at the Year in Reading

In a number of ways, 2016 was not an ideal environment for a good reading year. Unwelcome changes at work injected an undercurrent of stress that was exacerbated by alarming developments on the national and world stage. I found it hard to tear myself away from the news and settle down with books, though I still managed to read 73 over the course of the year. Books were still a mainstay – some provided escape, others challenged my worldview. I laughed and learned and was touched at the heart by books in 2016.

So here is a retrospective of my year in books, interspersed with photos I took throughout 2016, except for the last picture which was taken by my dad. 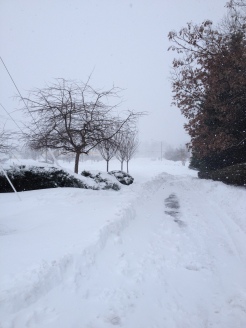 Two books that brought me home

One of my favorite books read this year was Ruth Moore’s 1946 novel Spoonhandle. Set in 1930’s Maine, the book follows various inhabitants of the community on fictional Big Spoon Island. Moore’s characterization and depiction of island life were wonderful. My early childhood was spent on Mount Desert Island, so that personal connection also added to my enjoyment.

Last week, as I was flying to Maine for Christmas, I read Susan Hand Shetterly’s Settled in the Wild, which is a short collection of essays about nature and community in coastal Maine. Shetterly’s writing was lovely and insightful, and put me in a perfect frame of mind for my holiday visit with my parents. 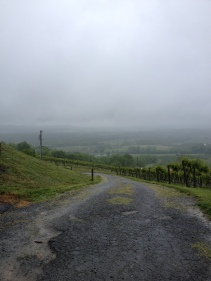 I know that I found parts of Henry Fielding’s History of Tom Jones, A Foundling humorous, but when I think of it now, I mostly remember how tortuously long it took to finish that classic 18th century tome.

Another classic that I read in 2016 was Barbara Pym’s Excellent Women, which I enjoyed and also had me asking where are all the novels about single, never-married adult protagonists where there is no romantic interest? From Twitter to Goodreads to Book Riot, the conversation that followed was engaging. I also came away with some book recommendations, one of which was Amy Stewart’s historical novel Girl Waits with Gun, which I quite liked. I’m looking forward to reading more of these recommendations in the future.

Along the same lines, but in the nonfiction realm, I thoroughly appreciated Rebecca Traister’s All the Single Ladies: Unmarried Women and the Rise of an Independent Nation.

Of course I still enjoy reading books with romance, and read a handful in 2016 worth highlighting here. I liked Jill Sorenson’s gritty romantic suspense novels set in San Diego and Mexico (Edge of Night, Caught in the Act, Off the Rails). Rose Lerner’s below-stairs historical romance Listen to the Moon was a stand-out for me as was Zen Cho’s novella The Perilous Life of Jade Yeo. Shannon Stacey and Courtney Milan remained reliably good with their latest respective offerings Fully Ignited and Hold Me. The lively banter and savvy humor of Lucy Parker’s Act Like It was perfect entertainment on my return flight from Maine this past week. 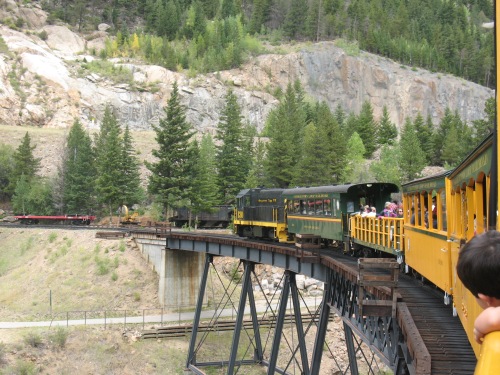 A pair of young adult reads

I still frequently think about Meg Medina’s young adult novel, Yaqui Delgado Wants to Kick Your Ass as well as the similarly-themed book I read soon after, Brock Cole’s The Goats. I really connected to the emotional realism of Medina’s and Cole’s books.

The start of something good

In the last couple of months, I read two books that are each the start of a series that I fully intend to continue into 2017. The first was Megan Whalen Turner’s The Thief, which featured excellent worldbuilding. I already have the sequel ready on my Kindle. The other book was Elizabeth Jane Howard’s The Light Years, a family saga set in pre-WWII England. Howard’s book reminded me strongly of Noel Streatfeild’s Saplings in its deft handling of the child characters. The Light Years is the first of five novels that comprise the Cazelet Chronicles. 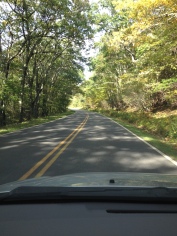 The first book of 2016 to be abandoned was Grace Metalious’ Peyton Place. It wasn’t a bad book, but I wasn’t very invested in it and dropped it fairly early. Later, I picked up Sinclair Lewis’ Main Street as it was a to-read for my classic club challenge. The satirical focus of the novel wasn’t feeling very resonant with me, so I took up with Lewis’ It Can’t Happen Here instead. I thought it would be more timely and certainly a speech made at a town hall meeting early in the novel had parallels to today. But as I kept going, the book didn’t feel as freshly relevant as I’d hoped, and it was kind of boring to boot, so I dropped that as well. Sorry, Sinclair Lewis.

In more recently published books, two failures for me were Patricia Park’s Re: Jane and Leonie Swann’s Three Bags Full. The former is a retelling of Jane Eyre, but the characterizaton was awful and without much nuance. I made a fair amount of progress in Swann’s Three Bags Full, but this mystery novel narrated by sheep turned into a slog after the initial novelty wore off.

Though I never considered abandoning it, I had a difficult time with Salman Rushdie’s Midnight’s Children due to the narrative style. The narrator kept incessantly interrupting the story to hint at future events and it was driving me nuts. It wasn’t until two-thirds through the 650-page novel that I begrudgingly saw the cleverness of this narrative tic, in the often unexpected way that the anticipatory hints were fulfilled.

In terms of participating in bookish community, 2016 was a good year. In February, I participated in Book Blogger Appreciation Week. Book blogger events also led me to read the following books this year:

Hall of Small Mammals by Thomas Pierce, There Once Lived a Woman Who Tried To Kill Her Neighbor’s Baby by Ludmilla Petrushevskaya (#Weirdathon)

Thanks to the book club I’m in with Leslie and Teresa, I read these books: Drinking Coffee Elsewhere by ZZ Packer, All the Birds, Singing by Evie Wyld, and Slouching Toward Bethlehem by Joan Didion.

My cousin Phil and I decided to pick a book to read in common this year and it ended up being Laura Hillenbrand’s excellent Unbroken.

Along with several friends, I went to the National Book Festival in September this year. I saw several great authors, but I was especially glad to see Margo Jefferson, author of the memoir, Negroland, which I had read in February.

After the US presidential election, several bloggers I follow on Twitter started a Facebook book discussion group, which I joined. We started with Rebecca Solnit’s Hope in the Dark. I know I’ll be referring back to quotes from this book as motivation in the years ahead.

While my Goodreads profile lists four books as “currently reading”, there is really only one book that I’m actively reading at the moment. It is Lawrence Wright’s Thirteen Days in September: Carter, Begin and Sadat at Camp David. Wright uses the historic 1978 meeting as the framework for discussing the history and personalities involved, as well as the difficulty of forging peace. Wright’s book is well-researched, and who knew diplomacy could be so dramatic? This book has seemed especially timely considering recent developments in the relationship between the USA and Israel. It’s also timely as a year-end read as it’s about fighting for a better world, even when there’s baggage and seemingly intractable problems that beset us.